Sociology versus Aesthetics, or, the Fallacy of Consensus 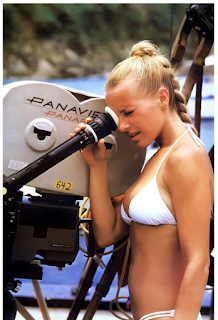 In all of my blog posts over the years my sole concern has been aesthetics, especially as distinct from sociology. I should also add that when I use the word aesthetic I contend for it to include what ordinarily  is considered "spiritual". Humans make works of art but they do not do so as they please and they do not simply get hit with so many objects that fall from the sky ready made. Such objects have to be built and it is often the most arduous job in the world. It is possible for humans to create essentially artificial objects set apart from what we ordinarily call the real world itself. The very fact that such an object is set apart - bracketed from reality - means that we should never treat it as the same as we would our daily life. A painting of the family next door is still never identical to the family next door. Neither is a photograph. For one thing it is an inanimate object. For another, the very act of making an object for the purposes of reflection should tell us that we are meant to reflect and not directly act.

The trouble of course is that art objects emerge from scenes comprised of a particular sociology. Though the sociology is essential to their creation it is always the least important part of that creation. To think otherwise is to commit to the fallacy of consensus. The assumption is that there is a single or singular reality to which a work must conform or pay allegiance. This is one of the ways we are in the grip of  the myth of consensus (actually fallacy is the better term since there is some deepest truth in all myth - along, of course, with some falsehood).

Consensus says that we have to somehow come together on a set of issues and if we fail to come together then we are doomed to some kind of tragic societal or existential death. One can be forgiven for buying into this fallacy in the case of climate change where how we act, or not act, in the world might involve that kind of destruction.

But it is sheer madness to have this desire for consensus in all  or even many areas of life. Humans are not chiefly consensual creatures for we happen to come in the form of singular embodied individuals.  We do cooperate in the interest of survival, but our cooperative impulses are (thankfully!) thwarted at every turn by the force of individual personalities, the presence of which is regretted by mystics suspicious of the human ego, but the absence of which would mean a dehumanization that would spell a death in life, even if sold as some kind of transcendence. In speaking against cooperation in this way I don't mean to sound terrible. And I realize the force of some individual personalities can be a force for evil. But I am saying we should at least honor that fact that we have individual personalities and are not as of yet simply carbon copies of one another.  Our choices are not between cooperation and competition. Our choices are between choosing a life in which our individuality is honored (which doesn't have to require competition) or a life in which only our identify as part of some larger group is what is honored.

Consensus is very bad for the arts. Every time a consensus has been enforced in the history of art, aside from the fact that the majority of the work in a single period has a sameness about it when viewed by future audiences, the result has been that superior work that doesn't exactly match the consensual style always gets ignored, if it is not destroyed outright. If it does survive, the formerly rejected work, upon reexamination many years later, now always seems to be reassigned the highest value. Upon such reconsideration people wonder aloud with an apparently sincere tone of regret how they could have been so wrong in the first place. The reason this happens is that in the sociological milieu of the work's original debut all anybody cared about was the work's correspondence to the consensus of the time. They did not care about more eternal values like curiosity, pleasure, or emotional and intellectual interest. The need for consensus will cause people to pan work that should have been praised and vice versa.  (The same phenomenon can also cause work to be praised merely because it is in the dominant style of a period, when, upon disinterested examination, the work can be found to be not particularly valuable). 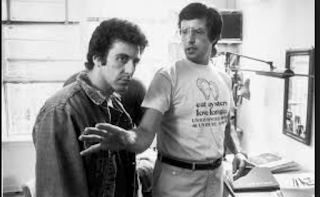 This is the only explanation for why Friedkin's masterpiece Cruising, to name but one of a great many examples - Ishttps://en.wikipedia.org/wiki/Ishtar_(film)htar is another, as is Zabriskie Point - could have suffered it's original fate.

What happened in the reception of Cruising is that the consensus that held sway was whatever the male gay community at the time felt about that particular movie, and they imposed this consensus not only on their own viewing of the picture, (if they bothered to view it), but ultimately on how the rest of the world had to view it. Worst of all, they attempted to disrupt the film production itself by protesting the shoot and creating loud noises intending to destroy takes, in hopes that it would never have the opportunity to become a final film. Before a proper evaluation was even possible the very idea of the thing was an affront to their consensus; proof or evidence was quite beside the point. Thus, a highly intelligent investigation into the nature of sex and violence and, yes, gender in the narrative, cinematic form of a police procedural was mistakenly viewed as some kind of homophobic, horror/slasher picture.


This can happen in any art medium. In my own field of music a good example of an oppressive consensus was the wholesale rejection of certain kinds of tonal harmony in composition. For music to be considered relevant and therefore good, it had to use non-tonal elements or at the very least elements sufficiently dissonant so that they defied any associations with tonal implications. The plethora of bad serial or row music was but one result of that consensus. Bust as you can see here in this moment from a Leonard Bernstein lecture, not all of the leading figures in an artistic "scene" will be certain to agree as Bernstein here makes a case for a a certain tonal sense.


In a very real sense when it comes to how we evaluate any new work, we have all become like the detractors of Cruising when it originally came out. We are always vigilant and mindful of the threat that an artwork might challenge a consensus. We praise works that flatter the consensus in our heads and condemn works that inconvenience it, or even contradict it. What this means is, among other things, however exciting and relevant a work of art may be for us for today, it might lose such excitement and relevance for people in a certain future. This is a far greater sense of discontinuity than for a thing to be merely "dated." The reason for this is that we interpret aesthetic objects - that which is intended for aesthetic meaning and purposes - in moral/sociological ways. But to do this is to abandon the aesthetic sense altogether, an abandonment we will be the poorer for, whether we are consciously aware of this loss or not.
Posted by dandiacal at 7:44 PM No comments: