Why moderate? Why contrarian? 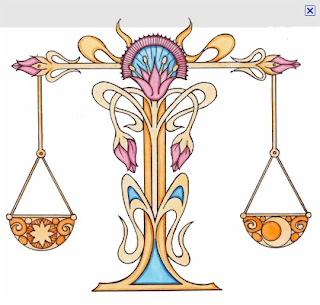 As early as childhood, I have been accused of playing devil's advocate for a host of rather impure motives on my part: presumptuous assertions lifted from crude distillations of Freudian notions of selfhood. Thus it has been said that I am the kind of man who, out of sheer sadistic glee, for drama, or even as a kind of tic, wants to assert the precise opposite of my interlocutor, bereft of genuine convictions of my own, but rather "acting out", however obviously true the assertion is with which I am presented. They fear that I would just as soon say Paris is dull when someone speaks of its sexiness and soulfulness, and when presented with evidence of Brigitte Bardot's physical virtues, would reply that she was plain.

But I will only all too gladly agree with whatever the said interlocutor presents to me if that presentation is true, even if the presentation smacks of flattering salesmanship and buttonholing, even arm twisting. If someone told me they were from Paris, most likely, barring temporary mental insanity, I would immediately reply that I loved their city without any rude qualifications. If someone told me Bardot was beautiful I would reply most quickly with little thought. Moreover I would thank them for their contributions to world culture and their hospitality when I visited their country. I would love to deliver the above in their native tongue, but, alas, my French is not what it should be.

The problem is that, it has always felt to me that most people have been wrong about most things. It is not so much that I know better; it is that usually I have though a great deal about whatever the assertion is and have had to come to conclusions of my own that diverge, sometimes in opposition, other times with qualifications.

This has nothing to do with status and station in life; it doesn't have even to do with intelligence. One can be quite uneducated and even temperamentally dim but nevertheless realize that Bush Jr was impossibly bad for us. During the twentieth century some of the most gifted and intelligent minds around the globe stubbornly clung to the myth of the superiority of command styled, state socialism, even in the face of gulags, reliable witness testimony of former comrades, and the cruel spectacle of Pol Pot in Cambodia and Mao's Cultural Revolution in China. As George Orwell once quipped, "there are some things so stupid that only an intellectual will believe them". I shall answer two and only two questions as they are not rhetorical.

I am contrarian in that I start from a position of skepticism, of suspicion towards what is presented to me, and above all, can not and will not accept any proposition or assertion without the sufficient evidence. I am Socratic and argumentative in my style and at times even a bit cranky. I admit to being a curmudgeon.

But if I am contrarian, I am also moderate too. This second position greatly inflects, informs, and humanized my argumentation. Being moderate is the most unsexy position you can take, It has no glamour in it, it seems dull and resigned, some suggest it is akin to rearranging the deck furniture while the Titanic sinks.

Yet to be moderate is to be automatically, always already in sympathy with the great mass of humanity in one important sense. To be moderate is to be most open to others because, by virtue of disavowing radical or extreme positions, the moderate wants to include parts of other's views into their own, sees in compromise the greatest virtue, and is already prepared to meet others halfway.

I am contrarian in intellect and moderate in heart or spirit.

There is not world enough and time to offer a sufficient defense of the moderate, especially when it has been so fashionable to be radical for so much of our modern and contemporary history.

Even Gore Vidal gives the radical label an honorific by deferring to the etymology of the word: that in going "to the root" of things you will more truly solve problems and get a complete picture. This is an old argument by radicals; to disable the reformist or moderate opposition as insufficiently "holistic" and as excessively in cahoots with the status quo, that formulation always already guilty until proven innocent by virtue of the crimes and horrors of the past, and by virtue of the understandable need to transform and improve out lot in this life.

But, notwithstanding my great respect for Gore Vidal, being a radical is based on a fallacy: the fallacy of the whole. (Vidal is also confusing radical with liberal here which is a conflation best reserved for attack at another date).

As a moderate I reject the notion that there is one interconnected world or whole. Thus, if there are evils in this world to be corrected, those evils do not warrant a thoroughgoing destruction of the given society in which we find those evils as such societies. I leave aside the special horrors of totalitarian or aristocratic regimes. In those cases radical measures should be taken to prevent the crimes of such regimes.

The trouble is that, in Vidal's case, and in most cases when radicalism is posited as a solution, we are dealing with rather imperfect, partially democratic societies. They are societies that so motley, so mixed up, so, dare I say it, non-holistic, that one can point to as many good or even excellent features in such societies as one can point to errors and crimes. That is why the best reformers and activists in the United States like Dr King and the women's movement, aim not to destroy, but rather force us to more fully live up to our promises and to more fully complete our attempts at self improvement. But social movements that seek change do not, at their best moments, construct a holistic picture wherein all parts of the criticized society are inherently corrupt and deformed by an evil root or center.

It is true that the radical feminist, Marxist and even anarchist movements do paint such a simple and reductionist picture. They see the world as a coherent whole so that any solution involves wholesale destruction of that whole and its replacement by an entirely new world. But that very overarching and abstract view of life is false and is precisely why I am a liberal and not a radical and why I am reformist in economics and not revolutionary.

Think about this truth: practically all of the greatest crimes and evils of the previous two centuries have been due to some kind of radicalism or extremism: the far right led to fascism and the far left led to corrupt and inefficient state economies that were at times no less murderous, in statistical terms, than their far Right counterparts. Any genuine defense of radicalism has a lot to answer for given its history.

But this problem with radicalism starts from a flawed premise, that premise being that the given society which must be overthrown is one thing and one thing alone, that it not a mixture of several competing things.

The other problem with radicalism is an ethical and temporal one in that it asks us to USE people in the present for the sake of a future that it posits and promises as inevitably better, in the abstract. As Isaiah Berlin put it: "in order to create the ideal world eggs must be broken, otherwise one cannot obtain an omelette. Eggs are certainly broken, never more violently than in our own time, but the omelette is far to seek. It recedes into an infinite distance". This is why war is one of the most radical acts to be committed by nations and peoples: it violates the Kantian insight that people should be ends and not means.

And finally and most importantly, all problems to which radicalism is deemed the solution were in fact problems of radicalism, temperamentally defined.

Take the interstate highway mess, sprawling suburbia, the domination of our entire civilization by the car. Sure they were created by the status quo, but they were radical acts. It is radical to require that everyone own and drive individual cars. It was radical to develop a centralized oil system to extract that from the earth. To be so single minded in overhauling our industrial system in that way was quite a radical set of decisions. Radical in the sense of being extreme in its narrow focus and in the demands it placed upon ourselves and the earth.

Moderation and compromise may be unsexy; they may be unglamorous. But they could save us from a lot of excess. One of the chief virtues of Obama as president is that he refuses to impose radical ideologies and tactics upon the American people. Little wonder that radicals on both Left and Right may very well hate him. But the problem is not in Obama, whatever his flaws, but in the human need for radical action and in the human inability to compromise and negotiate.

In defending moderation I am in no way defending lack of innovation or revolutions of a different order. In painting, in representation, in culture, radicalism has been most defensible, and when it was not welcome most of the time it should have been.

But that is a realm of representation, of, in most cases inanimate objects. It is quite another thing to be radical with people's lives, to force them to fit into a prior arranged scheme against their will.