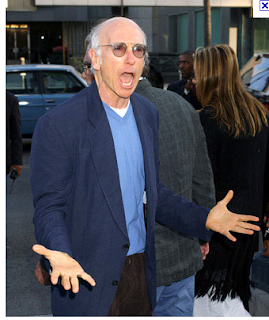 There is a matter of daily life that is little discussed, even less understood and yet holds a key to our understanding of value. I am referring to the mode whereby we are engaged with an object with some interest, we find it serviceable in some way, functional, and yet, for a variety of reasons we do not exactly love or fully embrace the object in question. Too valuable to be mediocre yet too compromised to be great we might use words like average or okay to accurately express our reception.
It is a pity that this mode is so little discussed since it comprises the majority of our artistic experiences in this life (or it ought to, lest we are too promiscuous with our enthusiasms). One might say that the majority of experiences in life are like this as well. They are not irritating or tedious, yet do not create strong joy either. But we might find things to like in them.
This positive acknowledgement of that which is okay or "good enough" is pervasive in other parts of cultural life. It is certainly a key concept in newer psychologies, such as the concept of the "good enough parent."
One of the cultural reasons why this mode is underrepresented and under appreciated is the hyperbolic nature of our popular media and our linguistic habits. When the word "awesome!" is used to describe practically everything we experience to the point where it it functions as a thoughtless preposition rather than a superlative adjective, this can only signify our inability to take seriously the distinction between our likes and our loves. We might lose our appreciation of the above average.
Inability to read in this way accounts for the extraordinary enthusiasm for works which do not merit the volume of attention, especially mass cultural attention, upon them.
For example, whatever the merits of the epoch shaking show Madmen - i.e. the wardrobe is authentic and attractive, the drama is entertaining by contemporary standards of entertaining representation in drama, the behavioral and narrative events are emotionally absorbing - the show is not of the excellence of, say, Anton Chekhov. Yet one would never know this to read the reviews and reception of this award winning show. Curb Your Enthusiasm, on the other hand, is a kind of comedic masterpiece. It is rather like Chekhov! Indeed, one of the reasons why Curb Your Enthusiasm is superior to much of the rest of dramatic television is that it absolutely refuses to "glamorize" or overtly dramatize our terrible dailiness. This is not only because it is a comedy, because certain non-comedic dramas traffic in a similar dailiness (the films of Mike Leigh are an excellent example).
Importantly it is because Curb Your Enthusiasm confronts most directly the dilemma of the individual and the collective or community in ways that avoid the temptations of solutions. Madmen, on the other hand, cannot escape from a need to flatter our advanced progressiveness concerning class and gender, specifically even as it romanticizes a past that is objectively so much superior to our own in terms of quality of commodities, design, fashion, and so on. It wants us to enjoy the past vicariously, without having to specifically undergo too painfully the oppressiveness of the past, if, for example, we are women. This contradictory two-step is perfectly accomplished through that rather new Bill Condon influenced genre of contemporary costume drama, where getting all of the period details correct becomes the theme of the work, a mode that afflicts our cinema as well. (Walk The Line, Ray, Kinsey, and An Education all do this).
We imagine so extravagantly the past because we are unable to imagine sufficiently, save for a few bright figures like Larry David, the present. The problem is in part linguistic.
What has been lost is the kind of language used to describe most of daily life, which is, after all, concerned with events and states of consciousness which are neither bad nor great. They are not even mediocre. Rather they are are a curious yet most common variant of "okay".
Curiously and almost paradoxically, the inability to deal with the middle of life and art is connected with a loss of reverence for the "high" and loss of suspicion or skepticism for that which is "low". Everything that is merely passable is defined upwards and the "high" might become invisible or irrelevant. In her new book The Age Of American Unreason, Susan Jacoby makes the claim that we have lost a truly middle-brow culture, a phenomenon I can't help but be convinced is connected to the lack of a place afforded the "middle" in life; or at least a feeling for and understanding of the middle as a conceptually real and distinct, though large, part of culture.
In the current issue of Raritan, (Summer 2010 Volume xxx, Number 1), critic Robert Boyers, in an essay entitled "Pleasure Revisited", offers an evaluation of our inability to evaluate and even read that makes me see in him as close a kindred spirit as I could ever hope to find. Since his essay is such a perfect distillation of a background theme throughout these blogs I am compelled to quote him at great length. His word shall be the last.

"The militancy required to dismiss certain kind of work as 'popular' or 'pandering' or 'obvious' is rarely in evidence in our culture, where trash may be solemnly studied in the academy and accorded respect for its political content, and professors of literature no longer think it a part of their function to educate taste or rescue their students from escapist fantasy".

"If pleasure was, not long ago, associated with the capacity on the part of most writers, artists, and intellectuals to maintain a certain spiritual militancy that would allow them to savor works uncommonly rigorous or demanding, works that withheld from their audience an easy or immediate gratification, and that militancy is no longer felt to have anything to do with the pleasure most of us seek, then a momentous change has surely occurred. The reluctance to invoke certain distinctions brings in its wake an increasing inability to make them. thus do we see the blurring of boundaries between one kind of thing and another, the debasement of the language of value and description into meaningless labels or the borrowing of terms that once had a particular meaning for entirely alien purposes".