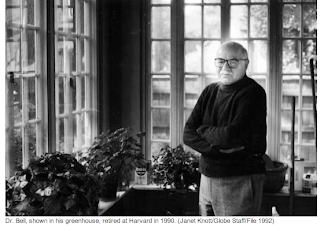 Daniel Bell died yesterday on January 26. A classic(al) New York intellectual, he was one of the few intellectuals to resist pigeonholing. Author of The End Of Ideology and The Cultural Contradictions Of Capitalism, he refused to fall into so many traps into which his peers were almost always thrown. I am most interested in one quote of his in particular which I will reproduce here in its entirety:

Actually that is not the quote I had in mind. Sorry. Here is the correct one:
"I am a socialist in economics, a liberal in politics, and a conservative in culture."
He meant by this that in politics he started from the sovereign, inalienable, "individual and not the group", thus liberal in politics. And in economics he thought economic justice a priority, thus socialist though, "not statist". And he was conservative in culture because of respect for "tradition" and a belief that some works of art are better than others, though not that these works necessarily need be elite in status. By conservative he did NOT mean pro-capitalist, anti-abortion, or Republican.
The world will be a poorer place without Daniel Bell.
Posted by dandiacal at 4:40 PM