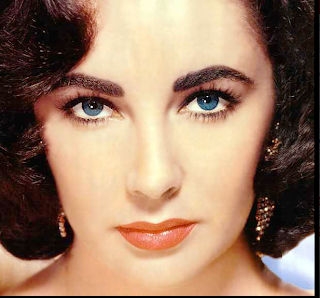 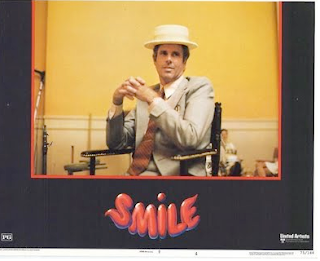 Much will be written about Elizabeth Taylor who died on March 23 of this year. The only statement I can or will make here is that it is a rare thing for a star to have the iconic power and beauty that she possessed, but it is the rarest thing of all for a star to be the greatest actor and artist. Certainly and surely Elizabeth Taylor was all these and more. This is worth repeating, especially at a cultural moment like ours, when fame or notoriety and value or quality rarely coincide. In the most real sense, Taylor's passing represents, perhaps, the passing of an age in which fame was earned or gained precisely because of the virtues and talents of the famous.
In a different mode, the fictional character Big Bob Freelander, as played by Bruce Dern in a perfect manner and mode for a certain type of 1970s male - in this case a used car salesman - is certainly at times a buffoon. His figure is a vehicle for some of the sharpest social satire of the decade, in what is surely a film that ranks among the greatest of the decade, Smile. Not only is he a used car salesman dressed in the worst suits of the 1970s (which is saying a lot given that period), but he makes a racist comments about "Arabs", seems dangerously naive about life in general, and runs the most kitschy Junior American Miss Beauty Pageant imaginable.
Perhaps worst of all, his ideas are all of the received kind of that decade, but in their bargain basement form, a true parody of motivational and self help culture. But Big Bob is hopelessly optimistic, true to his "American" form.
And yet, given that director Michael Ritchie, writer Jerry Belson, and actor Bruce Dern are all artists working at the peak of their powers, the movie never loses the humanity beneath all of the comedy, political satire, and stock characterization.
That is, though this Bruce Dern figure is an object of critique, he also has this moving speech in the film. The setting is Big Bob on his car lot, as usual giving a pep talk or motivational speech to his alcoholic friend. The scene is probably a good one for actors to work on.
Since I do not have a shooting script, I will transcribe the speech from the film, dear readers.

Big Bob Freelander: "Sometimes you have to accept a little less from life. You know who taught me the secret to life? Elizabeth Taylor. I never told you about this before because I don't really believe in telling a lot of negative stories. You remember when I went away to that Junior College? Well I happened to have a buddy in a class who was a cousin of Liz Taylor herself. He fixed me up with her. I really went all out and put a lot of preparation into it. I even ordered a corsage and a table at the world famous Coconut Grove restaurant. Yet....she never showed. I said I had a date with her but I never said I met her. I think that was the weekend she went off and married that hotel guy. (Beat) Well now here I am happily married to Roberta. I couldn't be happier. Even though (a beat) she may be a little less than Elizabeth Taylor. (beat)God! Liz Taylor was beautiful."

Posted by dandiacal at 6:27 PM