Farewell to the Suburbs, Hello to the City 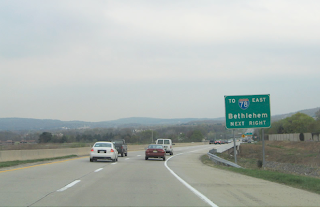 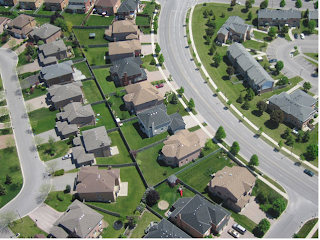 “All God’s children are not beautiful. Most of God’s children, in fact, are barely presentable,” wrote Fran Leibowitz. I surely should apologize, dear reader, for having enough shallowness of spirit as to be unable to see adequately into the insides of others that I cannot but concur with Leibowitz’s sentiment. Alas our insides are very much invisible and silent. But our outsides are ever present and never stop talking.

Yet, to make matters worse, though we do have a bit of control over the presentation of ourselves, whether through cosmetics or dress, there are great limits that Nature has set before us. When it comes to our externally built environments, however, the ones we can never escape at least without a wrecking ball of sorts, we have something approaching total control. Though we have this control over our environments that we are denied over our own person, we have repeatedly committed acts of ugliness at best and outright sin at worst. The architects and designers of the 20th century have a great deal to explain, though they will surely resort to Theory as an alibi.

Second only to our original sin of slavery is the sin of deciding that every human being be entitled to car use and ownership alongside the massive development of what is called the suburbs to support such car centeredness, the spreading and sprawl of ourselves outside of our cities to accommodate these driving machines, the supreme sin being the planning and building of the Interstate Highway System. Every problem, from the inner workings of troubled families, the disease in any soul, to the decay of arts and culture more generally, can be traced to that fateful decision. Without the decision to suburbanize we would not be having much of a discussion about fossil fuels, and only a scientist would know how much less would be our effect upon the Ozone and so on.

We need a new way of regarding older words that is free from euphemistic cant. Instead of using the word entitlement to describe basic human needs like a living wage, or retirement funds, or medicine, or even the right to work, we ought to use the word entitlement - and in the most scolding sense - for the idea that sprung up in the forties and fifties that every human being deserves a house with a yard and even two children of their own, to say nothing of the dogs and cats. Think of how a wise extraterrestrial being would regard the spectacle of every human being moving around in these most ugly and cumbersome of machines to go from one place, many miles away, to another. Such a being would think us mad at best, evil at worst.

Recently I went back to Tampa, Florida for the funeral of my father. As my friend Greg drove me across miles of long stretches of cement, as we passed one chain restaurant after another - an Outback, an Applebees, The Cheesecake Factory, the only attractive diversion breaking up the soul killing monotony being what appeared to be an independently run strip club, or fringe Southern Baptist church - Greg sensed my great displeasure at what comprised the largest part of the humanly created American landscape. He said to me with great emphasis: “Mitch, these are your roots. This is where you come from.”

I have spent the remainder of my life trying to get away.

To be fair, I remember another part of my childhood far away from all of this and that was New York City - Manhattan. It is here where I must make some clarification for some of my peers in the ecology or environmental movements whom I take to be greatly insensitive to a great part of what makes us tick. For the problem is not, as these peers are wont to say, civilization, or modernity, or even industrialism. To regard civilization or, in particular, cities as the root of the problem is to commit what I call the error of Holism: to take life as forming a single system, such that, if there is anything wrong with the system you have to scrap that system and start over anew, even with revolution if need be.

Rather, the problem is a long series of little decisions that accumulate. Not the car itself, but the decision that everybody should have one is the real problem. The splitting of the atom did not compel us to make a weapon out of that act. That weapon was a choice we made. Whatever history is, it is not an inevitability. The Devil is in the details.

Curiously and perversely many of our ecologically minded peers have helped create our current crises in at least a couple of ways. The first is, by fetishizing nature and green spaces they only encourage sprawl and an anti-urban attitude, what one scholar, Carol Clover, termed urbanoia. Urbanioa might lead people to try and recreate the simulation of nature wherever they may roam. This is why in all of these cement strips that cover the United States you see these little plots of green, as if that is an aesthetic solution to anything.

The second way in which some ecologists contribute to the problem is by a dubious distinction between the natural which is considered virtuous and the unnatural which is considered unhealthy. Thus, Playboy magazines and Christian Louboutin shoes are considered most unnatural and therefore bad, while organic farms or tribal living are seen as more or less natural and thus, good. This is an arbitrary convention, reflecting the fashions and tastes of an epoch rather than eternal verities.

This distinction between the natural and unnatural contributes to a coarsening of our aesthetic sense. We criticize things that we deem unreal and praise things to the heavens that feel real, not knowing that everything we humans do is in a certain sense unreal all the way down. There is no object more unreal than the play Hamlet, for example. Yet there is no object that could have more to teach you about human life.

Humans do not merely dwell in one but at least in two dimensions. The dimension to which our ecologists rightly pay homage is that of utility and necessity: the world of farming, for example. Many today dream of going back to a purer world which by their definition always means something rural. They would point out that this is not mere utility but family and community and wholeness.

I would retort that family and community, in addition to Love, also always already possess conformity and narrow religiosity, to say nothing of homophobia, perhaps sexism and other evils. In a certain sense we do not choose our families so there is a very intimate connection between the nostalgic and traditionalist love for family and the concern with organic farming. Thus, perhaps there is a fear of choice involved among those who would restrict life to utility.

We do not live by need or necessity, including family, alone. There is a second dimension to human affairs and it is gratuitous. This is why humans need and create civilizations. It is why we need cities.

Marx, so long ago in the 19th century, spoke of the “idiocy of rural life”. Today so many of our idiots hail from rural areas, and the nature of such idiocy has seldom changed.

Without cities all of our arts and culture would surely be nonexistent. I do not deny the necessity to overhaul our way of life in some way. I only deny that in the future we not be reduced to utility alone. I only confirm that space be made for our gratuitous nature. For if history is any guide we humans are exceedingly gratuitous. And any vision of the future that does not incorporate that stubborn and often times sublime fact is a vision that surely could only have been been concocted by tech geeks, engineers and the like.

Indeed, a good part of our future should include a return to the city. By city I do not mean an “exurb.” I do not mean, say, Watertown. The use of terms like “Exurbs” or “edge cities” is a way of trying to give credence to the suburban way of life. Quite the contrary. I mean exactly something of the large cities of old. Maybe even, dare I say it, New York City. Of course nothing on that scale is safe or sustainable anymore. but the population density might be a necessity.

Instead of moving out, the time has come for us to move back into the city. We need to reclaim and reinvent the city. Of course this is assuming we have decided we still want a place for some kind of culture not reduced to utility. The city was a precondition for the creation of someone like a Shakespeare or a Bach - to be a little quaint and corny about it. The city was of course a precondition for American popular musical art, for the theater, and many other riches. Farming and hunting and gathering will not quite make it.

There was a brief moment, in the middle of the previous century, when great poetry came out of suburban experience. John Updike and John Cheever come to mind. That day is long past. The best works of art today that reinterpret representations of the small town are works of art that both foreground their artificiality or are descriptions of a purely contemporary sensibility, and are really more about the present than the past, as in Lars Von Trier’s Dogville or in Madmen. These works say more about our time than the past. They are stuck in the present, while pretending to be be an archeology or anthropology of the past.

I should note that there continues to be a romance of the car, exemplified in the car chase in cinema, the halfway decent art/exploitation film Drive being the most recent evidence that this romance shows no signs of abatement, whatever the fashion for the bicycle.

But perhaps as in Updike and Cheever for domestic life, this romance of highway life will grow rusty. Maybe it too will be ridden out.

Moreover there is economics to consider: people never tire of telling me that nobody lives in cities because they are too expensive. By and large I believe the causation to be reversed. Cities are so unaffordable because not enough people stay in them to keep them affordable: everybody desires to live further out, in the sticks if possible. They see in the city only a place to shop and consume and to escape their boredom.

In contrast to the trends of the past forty years, I hope the future belongs to the city. I will let others dream of the Anarcho-Syndicalist commune in the woods. Speaking for myself, I dream of a place for arts and what used to be known as culture in the city.