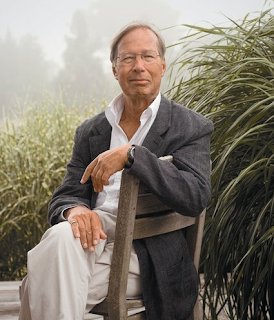 Though I think ethics to be partly innate and though I consider the raw, immediate sensory experience of the immediate environment to be almost as good a guide to behavior in life as any rational analysis, it seems to be that humans cannot have a society of minimal decency without principles of some kind. That is, some theories are needed of what it is or means to be a human being, and what, if any, behaviors are obligatory, or conversely, forbidden. As much as I respect the notion that there is an immediacy of innate instinct for the good, borne and bred in the bone, body, and heart; Hume notwithstanding, there is nevertheless a need for rational and theoretical overview.

Indeed, as we recover and recoil from the recent inhumanity and violence in the news, it seems absolutely necessary to me that we have good principles: if bad ideas and passions can be behind unspeakable violence, surely good ideas and passions could be a remedy. In any event, any discussion at all would be at least a first step.

I have spoken elsewhere here about the value of the arts. There is value too in plainly discursive thought (which, like Robert Pippin, I take to be opposed to or different from artistic representation). Humans cannot live on fictions alone; they need theories and essays as well.

The twentieth century brought some powerful and grand theories of humanity. Though they were flawed in some ways, the theories had much of objective truth to them. One canonical example of course was John Rawls' A Theory Of Justice. Instead of the Post-modern, piecemeal, adhoc collection of impressions that has been the favored mode of the contemporary period, Rawls' was an attempt at rather old-fashioned grand Theory: a holistic overview of in what a good society could or should consist.  I never had the opportunity to meet or study with John Rawls; though he is no longer with us at least we have his masterpiece. 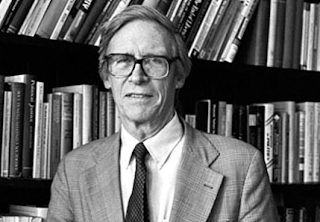 There were other attempts as well. Tim Scanlon offers a contractualist theory in What We Owe to Each Other. I would normally recommend this book to any reader but the prose is extremely dry and rough going. It is a pity that it is not read outside of professional circles. Scanlon still teaches classes in moral reasoning at Harvard University; I was fortunate to study that particular course with him sometime in the late 1990s.

On February 14 we lost one of the greatest legal and philosophic minds of the previous century, Ronald Dworkin. Though I have been critical of Dworkin elsewhere in these pages, (see my post of December 29, 2010) chiefly for his monism, that does not mean I don't find great value in his work.


In what I believe will promise to the most important work of his career, at the very end of his life he was still writing. Evidently, a posthumous book will be released of his writings on values and religious faith more generally. I was most excited by the sneak preview in The New York Review Of Books. (April 4, 2013)

What has excited me is that Dworkin, much like Thomas Nagel, has fearlessly started speaking the language of grand and objective principles by which to live. I quote him at length here, not merely for the beauty of his prose but for the power that such abstract assertion can have upon our consciousness. Other thinkers have talked of final matters, or ultimate values. Let us look at what Dworkin had and has to say:

"The religious attitude accepts the full, independent reality of value. It accepts the objective truth of two central judgements about value. The first holds human life has objective meaning or importance. Each person has an innate and inescapable responsibility to try and make his life a successful one: that means living well, accepting ethical responsibilities to oneself as well as moral responsibilities to others, not just if we happen to think this important but because it is in itself important whether we think so or not.
The second holds that what we call 'nature'-the universe as a whole and in all its parts-is not just a matter of fact but is itself sublime: something of intrinsic value and wonder."

(Italics are mine)
In this passage Dworkin appears to be, at least in part, speaking in my language. One of my main themes in my blog, whatever the subject at hand is that some matters in life are intrinsic and objective. This doesn't mean that they are not deeply personal, or individually felt but rather that such things are good for themselves and not for some other instrumental, useful, ulterior or symbolic purpose. In this sense I am an anti-functionalist. There is an almost tautological circularity here and that is a good thing: some things are good for themselves. This is a very hard thing to swallow in a hyperscientific age since science only reads the world in terms of functions.

I eagerly await reading Dworkin's book. The fact that it is about religion needn't scare away the secular among us. While it is true that many of us will succumb to a functionalist or nihilistic account of our humanity - (Values emerge as an adaptation to survival and the like) - like the late Ronald Dworkin I maintain that we should hold a place for the conception of the independence of values and individual people. Though a lot of nonsense is done in the name of religion, we cannot live on science alone. That does not mean that we require religion, but it does mean, I must say that we need what I would call a religious attitude! We need fact and feeling, and we need imagination as much as discourse.

Here is an example of Dworkin's lecture style. It is a real pity that his mode of address and elocution seems a thing of the past. Many might regard it as pretentious; yet I see genuine aesthetic beauty in it.

I won't address Ronald Dworkin's two principles in any great detail but at the very least, Dworkin had them and thought about them.