1970s Film and Visual Culture: A Polemic on Art and the case of "commercial" entertainment 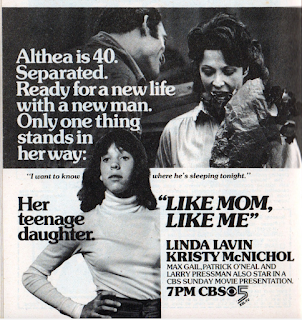 Here is my blunt principle for all the writing I have done and will continue to do on works of art: the absolute gold standard for understanding and evaluating any work of art, from the lowliest commercial advertising illustration to the highest Henry Moore sculpture (or Chantal Akerman movie) is how we feel about its sight and sound, temporally, as we are experiencing it in "real" time. All other considerations i.e., cultural allusiveness, intertextuality, historical context, and retroactive reconstruction and the like, while at times important, are still secondary to the experience of the artwork as it is lived forwards in time. One technical word for my approach is that it is fundamentally phenomenological. Another way of putting it is to say that I am an aesthete as this term is emblematic of this approach. 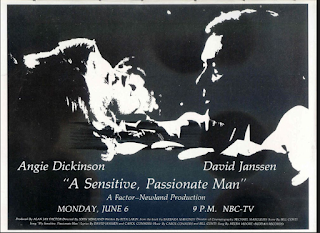 There is no such thing as realism or realistic art. All art is unrealistic. If you want proof of that think about a musical where people break into perfect, on pitch singing and dancing in the midst of a dramatic scene. People simply do not do this in daily life. (Thankfully, since the results would be decidedly off pitch were it to be common occurrence). If my statement is true, then so-called realistic or naturalistic art is simply another style going by the honorific "realistic", and not more accurate a representation of real life than any other style. What gets called realism is sometimes a good style or a bad one but a style all the same. And, truth be told, all art, even art that is not the best art, contains elements of profound reality and truth that we should recognize. 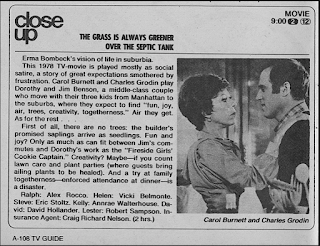 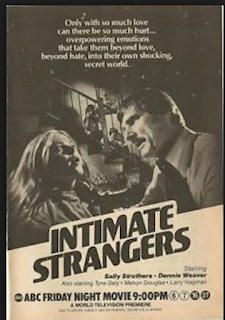 One of the welcome results of the invention of youtube is that archival visual culture that had been as unavailable as to have been "out of print" for several decades (except in highly controlled and licensed formats as in televised syndication) is being posted by different channels and users. This is doubly important to me. Firstly, for a long period of time, from, say 1982 or so, well into the early 1990s, I was without a working television of my own. This meant the only television I was able to watch was only a few days out of the year at family gatherings.  Secondly, as part of my long running project on the 1970s I have made it a point to see as many productions from the 1970s as is possible and that means, of course, made for t.v. movies. One of the additional things I have done is to watch productions into the middle 1980s, under the working hypothesis that a lot of this material, though 1980s in many respects would hold aesthetic holdovers in sensibility from the 1970s and my hypothesis was confirmed.

I had (re)visited Moxey's Intimate Strangers in an earlier 1970s blog post in a discussion aiming to include the made for t.v. movie herehttp://themoderatecontrarian.blogspot.com/2012/10/towards-aesthetics-of-1970s-cinema-and.htmlre. I have been fortunate to watch many more productions. I shall start with some general comments on art in general and the historicity of commercial entertainment in particular. 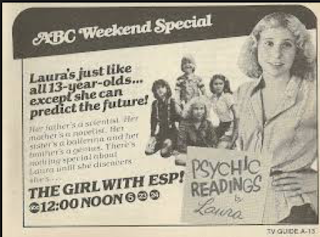 I am a thorough relativist about historical styles. I do not accept any kind of progressivism in art history.  I am not a relativist about quality as quality but I do not believe that the artwork of an earlier, forgotten or discarded period deserves to be treated as such at a later date. It is not the primitive, anachronistic relic of a less evolved era; it is simply an object reflecting an era that is wholly different from our own and in so many complex ways that are ultimately not amenable to any objective evaluation.  Put a little more bluntly, works in the current Golden Age Of Television like The Sopranos, Madmen, True Detective and The Wire are not better or more sophisticated that the ones regarded as their inferior precursors. It is simply that they are made in a style that is accepted and acceptable in our current moment.   One of the important reasons for this verdict of superiority is that these shows are at times superbly done, a large part of which is the stylistic effect of the long "serialized" form itself, above all what this long form means for the craft of acting as well as writing. On that account one could speak of a kind of aesthetic advantage but I still resist the notion of full stop Progress. Part of my  reasoning is what I wrote in another context here:

When a style or a mode becomes really big such that it overshadows all differing contenders, one of the things that happens is that the style in question begins to create around it an image of self evident superiority. This is almost always achieved through the enthusiasm of a large fan base, and I use the formulation of fan base in such a way that it includes both elite tastemakers in large and small media, say, critics, as much as masses of audiences. Elites and masses are united in enthusiasm for the style with the result that it is forgotten that what has occurred is a style at all but rather how a thing is simply supposed to be made, as if it were always thus. This is only compounded when everything gets made more or less the same way, when there is a single, dominant house style. Actually everything is some sort of style or another, all the way down, and for each style there is always a better and worse version on offer. But enthusiasm for any style creates an unconscious forgetting about style as style - instead of a style being seen as but one style among many, the style can be taken for actual reality itself. When this happens there can occur a crisis in representation since people might forget that there is such a thing as a representation and that representation is quite distinct from, say, daily life. I believe we are in such a moment today.

The works I have been watching are from an era that is not much older than the current one (speaking as we are of thirty years rather than, say, fifty or sixty years) but the sensibility is far from a current one to be sure. But it is a sensibility to be sure, with its own modes of (re)presentation, mainly built around some very emotionally direct and I would say traditional notions of human nature in psychology and behavior. The two features that make them part of a 1970s sensibility is a commitment to bold expression of raw human emotion for its own sake, without the ordinary propriety of classical taste, a focus on asking questions rather than presenting fixed answers - what I have called a non-conceptualized sensibility. All these movies were made under the most compromised of contexts, dependent on the rigors of advertising and the commercial marketplace, and yet, because of all this they reflect rather accurately the era in which they were made; in a sense there was no way they could get away from the limits and conditions of their production and its history.


Here is a rather short list of titles representing  some of the kinds of movies I have in mind. These titles reflect my personal preferences rather than any particular canon, though there are a handful of titles on here that have become canonical through critical and public acclaim. The most recent pictures on here are from 1983/'84, - roughly the time that the 70s were all but over and the 80s were emerging as their own independent period.

The titles on here run quite a wide gamut. Some deal with the most serious social problems. One of the most common concerns some kind of substance abuse, often with an explicit and hopeful recovery narrative arc. Others deal with more general  kinds of social oppression, like  domestic violence or poverty. Some, by contrast, are light and witty comedies. But here too there is the emphasis on "getting things out in the open" and the comedy has a kind of frankness about it. These television movies are unified by an emphasis on human emotion, and though all are limited by the rules of television. they nevertheless all possess what I can only call fearlessness and integrity towards their subjects, even as they simultaneously use sensationalistic effects to rivet an audience.  Another common stylistic device is the usage of extensive documentary techniques, in camera placement and lighting, especially location shooting in those works that take place in the present day.  I will not review or comment on the individual films  but I do believe all are worth your time. 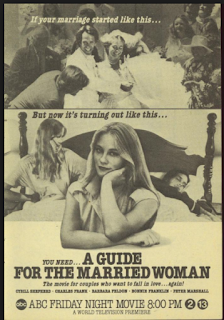 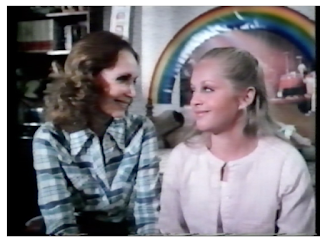