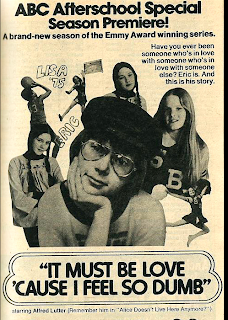 If in some ways I seemed a typical boy, I suppose, for the time period, in other ways I did not in the slightest fit into the world in which I was forced to inhabit.

For as long as I have been conscious, or, at least, remember being what we would consider conscious, I have experienced this life as perceptual and sensual one rather than as a conceptual and discursive one. At times I have been convinced this has a lot to recommend it. But it appears to have its own problems because, since my intellectual and heavily cognitive work is, as Kirkegaard wold put it a retrospective affair, I have to rely upon distanced reconstruction often with the crucial help of other parties who, alas, come with their own biases and ideologies at worst, and dreams and imaginings at best. When I tell people this they are surprised because I appear an "intellectual" person who thinks a lot. But in actuality thinking and intellectual work is a disciplined affair I make purposive time for as I do practicing piano, since I don't automatically do it throughout the day, living as I do more perceptually.

Growing up as a male and in a male body doubtless has its own characteristics as my memories of lovely Carla demonstrate. In other ways I did not fit into the identity that my biology and culture provided. Nowhere was this more the case than in my extreme detachment from the world of sports of all kinds. Recently my mother told a story of how I did not understand the joy and necessity of navigating a ball. I had little memory of this since I did not conceptualize the meaning of a ball. Thus my mother’s memory put me back in touch with my perceptual relation of the same story.

Evidently, my mother took it upon herself to try to make a normal boy out of me and teach me about the joys of the ball. To put it mildly, this was most humiliating, though at the time I was too clueless to know this. She would throw the ball and I would stand and stare and not throw it back. I tried to remember what I had been thinking or not thinking. I literally did not understand that I was supposed to make a move and throw the ball back. I have little idea of how frustrating or shameful it must be for a child to not indulge in what after all is a kind of universal dance. But from my own experience I did not understand why anyone would get fun from tossing this inanimate spherical object back and forth. When my mother tells the story now she mostly laughs about it and shrugs it off, but I do know it must have been very odd indeed.

It was little wonder that many years later in one one year of a “Christian” school in which I did time in fifth or fourth grade, my PE coach had to have a special meeting with my parents suggesting that I had some serious mental problems, maybe even some kind of mental retardation, due to my lack of interest in balls. It did not help of course that this was one of those fringe schools that could not teach English or math, but had to make it Christian English and Christian math and so on. Everything had to have Christian as a prefix, and sports was no exception. Thus my instructor went on and on at this meeting about God’s plan to have boys run around and kick balls. He never exactly made it clear what was Christian about our version of baseball and basketball except to emphasize that we would have regular prayers before every team.

Even worse, in keeping with the coach and school's views concerning Christian athletics, girls in this school were required to rake leaves and were denied any athletic opportunities. And the worst part was that I conducted a one-“man” protest against the sexism of such an arrangement (thought would never have though to use that clunky neologism), and petitioned the school to allow everybody to do sports. I wanted to rake leaves, of course, with the girls, a desire which caused considerable offense to everyone at the school: girls, boys, and teachers alike. I had no allies, but then as now, I was not one to fear risking embarrassment or worse for some principle or another.

Thus, I was in trouble both for refusing to participate in sports on grounds that they were boring and pointless and wanting to "invade" the girls' raking team, which did little to secure people's comfort with my gender identity.

Often it seemed my real allies were not peers or teacher but very young adults and late teens that would drift in and out of my life as relentlessly and casually as I was required to switch school systems.

I don't think Carla was my first crush. After all I liked Lydia, and I don't think I (yet) want to tell about meeting Lydia's mom which caused considerable emotional confusion for me. I had a crush on an English teacher from second grade and went as far as asking her to marry me, but she only rebuffed me with a lengthy disquisition on adult and child's things and the differences between them. Thus, technically speaking Carla was maybe the second adult female I felt love for.

And Carla's magazines and books like OUR BODIES OURSELVES made her all the more alluring. 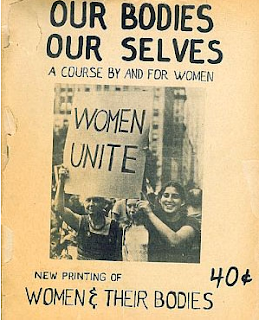 I know that Carla was not the most appropriate object of my affections given that she was about 18 0r 19, but I had little concept of that since I tended to see her as a peer. I remember I was masturbating for the first time in my life a lot at this time and had very little privacy. I had to sneak in the office or plant bathroom. One time Carla walked in on me which was one of the earliest times I remember trying that activity out. I have to confess that the intensity of her appearance and the fact she slightly smiled at me before politely leaving, and above her all her beauty, with her revealing hot pants and halter top: all of this made it more intense than the memories of THREE'S COMPANY that had originally gotten me going. About a day later she showed up at my doorstep with a basket full of articles on male and female desire and basically started discussing male and female biology albeit with a feminist slant. She was the only person I had ever met that made me feel okay about my own sexual feelings. She told me that girls did the same things to themselves as boys did, but because of social "oppression" they were made to not want to share it with others even other girls. And she was the first person to talk to me about women's rights.

to be continued
Posted by dandiacal at 9:55 PM