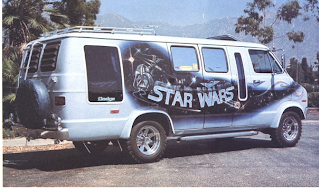 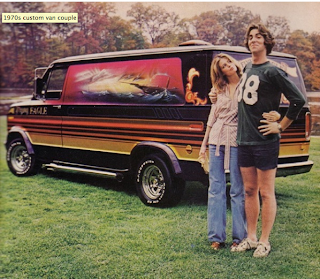 I am no expert on child development but even from my limited experience on this planet it is pretty clear to me that my childhood and adolescence were highly unusual. Vogue words and jargon like dysfuntional do not seem to do justice to its weirdness. On e thing that strikes me as I look back on those years is the extremity and weirdness of the people I encountered, the diversity of beliefs that surrounded me, and the peculiar particularity of my own family dramas made all the more mysterious by my status as an only child, a social position that denied me the usual route by which developing individuals seek some empirical and objective grounding for their perception via siblings.

I could go on for hours and pages about all of the odd stories and people I met in my youth. At some point I hope to create a book out of it, but, in the the spirit of David Shields in his REALITY HUNGER, A Manifesto. I should like to eviscerate the boundary between the "genre" of journalistic obsession with facts on the one hand, an obsession which is like a poison to our sense of aesthetics and imagination, and the "genre" of poetry and fiction on the other. I was deeply inspired by Shield's criticism and could not agree with parts of his important book more than when he inveighs against our literalness.

Thus in that spirit I could tell a tale here and say that it is really all true, but according to Shields, and me, that would be almost trivial and banal an assertion. Or I could spontaneously write the first images and sensations that come into my mind.

One of the first things I remember about that time is that for a variety of reasons I was shipped from school to school and had to encounter radically differing school systems and pedagogy. One of the reasons is that I had trouble fitting in with peers. Another reason was that I got along better with my teachers, thus alienating the peers. Another reason is that my parents were never satisfied with one school style. I went to hippie schools, born again Christian evangelical schools, a Catholic school, rough public schools (that was in first grade where I first got my fill of soul music) and schools so weird and experimental, with classes without texts, and teachers who ranted on about anythings, and kids groping each other in the open, that I am sure that in today's more accountable and regimented age many of the teachers would surely be out of a job if not brought up under some kind of charges. Usually when my parents decided they didn't like a school I would get pulled from it and be forced into another school. This is the kind of thing the rise of the automobile and the highway system will do.

One of these schools was what was later to be called a hippie school. I was in fifth or sixth grade. Most of the school was conducted outside around a pond and, if it was absolutely necessary, in these ramshackle rustic cabins. I remember the headmaster was a tall man that we likened to John Bunyan and he had an enormous beard and hair and the largest pair of Foster Grant Aviator sunglasses I had ever seen. We saw that headmaster a total of four times the entire school year. Where he went when he wasn't in school nobody knew. When he was present he said very little.

One time the headmaster - let us call him Mr. Highsmith - actually gave a speech for the parents. How I wish I had a tape recorder on that day. I remembered little of the syntactical content but certain "keywords" stuck out and these were the words:

"values, choice and choose". and "space". I remember lots and lots of space, as in "giving us our space as children to grow" and so on. Perhaps he was an improvement over the redneck ex-marine headmaster with a thick bull neck from the school and year previously, whose idea of leadership was to take a few of us boys over his knee and desk and strike us, evidently for his own pleasure, with the longest, thickest and oldest of wooden rulers.

In keeping with Highsmith's speech, us kids had to do Esalen-like mind exercises where we would get into groups and in order that we "get in touch" with our feelings and report on them. My trouble was that I didn't HAVE that many feelings or at least feelings I considered terribly important on which to report. I would share my discovery of Ravel's Bolero on the phonograph or my desire to learn the trumpet only to be verbally punished by the "group leader" for not being real enough and copping out. This made me more confused because I did not feel as if I was doing anything wrong.

What we did know about Highsmith was that on one of those four times where he actually came top school (he was said to be away on important research on "family dynamics" and "values clarification"), was a school activity where we had to "paint" his customized van. I had little say in the themes or execution of this paint job, except that some of the dominant motifs were indeed rainbows and unicorns and white horses and elves. I remember that the Florida heat was oppressive that day and, to say nothing of the smell, I was so appalled by those motifs and colors that I tried to escape by climbing those large, old growth trees that surrounded the school.

But the other kids LOVED that van. They would caress it and take such care with it and surely envied its almost totemic power with the 8 Track that pumped out all of these Leif Garrett and Shaun Cassidy tunes. But I had other interests than that van which actually frightened me. That van reminded me of the blacklight posters in my neighbors' older brothers' rooms.

It was at this time too that I had two of my first girlfriends who were both a year older than me and best friends with one another. I had a great deal of trouble choosing between them. At first I liked Lydia who had wavy brunette hair and loved to wear denim overalls, and then I met Sally who was blonde and only wore dresses and was rumored to be of Swedish descent. Strangely, I did not know that I had to choose between them as I felt I genuinely loved them both, and as they evidently loved each other as well. It was rather like a childhood version of Jules and Jim. But we would spend more time sitting in the trees and talking about philosophy and the latest Woody Allen movies we had seen since both girls LOVED Annie Hall and would go over the fine points of the story with me and fill me in on certain romantic jokes and misunderstandings and neurosis of the main characters that I would not quite have fully understood on my own. In return I would regale Sally and Lydia of the French movies I had seen on my trip to New York City. These French comedies, I assured them, were far more interesting than anything Woody Allen had come up with, but alas, in this school district movies like that were not available. (I LOVED those dollar a movie theaters and the Burt Reynolds and other fare I saw there but that is a tale for another time).

I don't think there were any grades and the sole intellectual memory I had of that year was when one of the teachers, feeling sorry for me and my lack of stimulation academically proceeded to read part of Animal Farm to me and encouraged me to write a book report on it for extra credit. I will never forget that one teacher. Like the headmaster he too had a groovy beard, but he kept it trim and seemed genuinely concerned about the world he lived in and my mental development. If it weren't for Animal Farm I wouldn't have moved on to 1984 and he somehow knew that I craved a world other than one dreamed up by Spencers Gifts or Electric Light Orchestra.
http://theselvedgeyard.wordpress.com/2009/11/22/ultimate-rock-n-roll-on-wheels-the-1970s-van-customization-craze/

To be continued
Posted by dandiacal at 7:02 PM