My Childhood in the 1970s Part Five 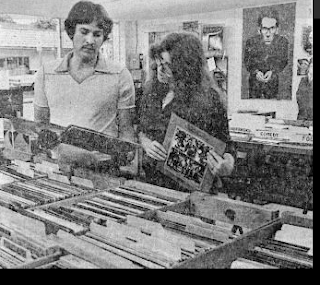 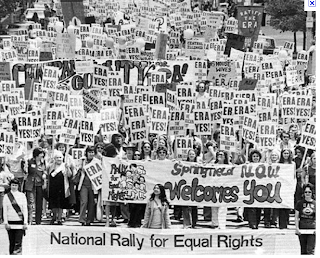 Around the time lovely older teen Carla walked in one me during one of my earliest masturbatory experiences - and experiments - my mental perceptions shifted from Janet and Chrissie on my beloved THREE'S COMPANY towards Carla. It was not merely that she was a "real live" woman present as a fellow employee in the family business office: it was her sly smile and slight pause before excusing herself and, the completely liberatory lack of embarassment and shame towards my budding male sexuality that such a respectful exit from that wood pannelled, shag carpeted bathroom displayed. It was if she understood my sensations and we were united in common humanity. And Carla was as beautiful, indeed more so, than anyone I had seen in popular visual representaions, CHARLIE'S ANGELS and Cheryl Tiegs included.

It was only inevitable, given Carla's political activism, that she would exhibit to me some of her considerable mental qualities and powers. That book she showed me, OUR BODIES, OURSELVES was like a glimpse into another world: the world of women, with their wild curly hairdos, and denim outfits, and halter tops and short pants and skirts. And then Carla gave me two Judy Blume books from both a female and male perspective so that I would understand the "differences and similarities". The books were ARE YOU THERE GOD? ITS ME MARGARET, and for boys, THEN AGAIN MAYBE I WON'T. Judy Blume's skill in describing male sexuality in the latter, especially male orientation towards female physicality, was so accurate, it was a testament to her depths of empathy and perception as a writer, however middle-brow she may be considered in the annals of literature. And finally there were the sex ed pamphlets, the less said about these, the better.

Carla made it clear I was not to show any of these to my family, because as she said, and I am paraphrasing but it went something like: "We live in a patriarchal society and adults want to control the minds of the young to serve that system. And the main means of control is control over sexual desire and sexual relations". She did bring up my touching of myself in a most delicate way by telling me to be private about it and that someday I "would be able to experience similar things with a girl, but hopefully much later, when it both people felt right about it and to never rush or force it." Carla's words had a helpful influence on my development into adolescence and eventual adulthood.

One would think all of this terribly inappropriate for a boy, and yet it was this last part of Carla - her political consciousness and NOT the sex education material - that offended the other employees. And it was her suggestion that I come to a "rally" for something I barely understood called the ERA or Equal Rights Amendment that would prove to be most problematic for many around me. This thing called the ERA seemed most important for her. She said that children should come as much as women, and that the more men stood up for it it would be seen as having support and as being for families. I began to be a zealot for the ERA and my first act at school was to try to tell my peers and teachers about it and I would call out criticism of it, such as the line that it would make men and women the same and have to share the same toilets, as slander aimed at preventing women from having what was rightfully theirs. My parents got so many notes telling them that I was not to take a strong political stand on controversial issues because I disrupted the school.

Now it was this last point upon which my parents disagreed. My mother had always talked a feminist line but it was a line I considered harsh, unyielding and singularly implicated in some of the more negative perceptions society had about feminism. And she did NOT want me going to this rally because she worried about "how it would look" and worried that I could be seen as a "communist", even though she herself supported the ERA.

My childlike brain could not comprehent such subtlety in distinction. I interpreted it as hypocrisy. Moreover I felt there was something narrow and priggish here, as if my mother didn't want anybody having too much fun, especially attractive young women like Carla.

Alas I was never "allowed" exactly to attend that ERA rally. Instead of having the opportunity of being around the kind of girls I dreamed about I spent that Saturday around what you might call redneck types doing chores: stuffing boxes with the kind of people who definitely were opposed to the ERA didn't want anyone to think too much lest it was "unAmerican."

Another problem at this time was my obsession with music and musical instruments. This was a problem because I was isolated from anybody with an instrument and knew of no musicians with whom I could speak. Once a year at Christmas I was given five bucks(!) and I would go into the mall to buy these great Jazz/rock or "fusion" records. These records - the most exciting being the two record sets with the fold-out photos and designs - provided me listening pleasure for hours, fascinated by the musicians on the covers and their exotic electronic instruments - usually banks and mountains of keyboards. Because I could not play an instrument I would instead try and draw pictures of the instruments on scrap paper with a no. 2 pencil. My drawing skills seemed permanently stuck at an elementary school age, so I ended up drawing flat trumpets and black and white squares for keyboards. Where my drawing came alive was in representation of human hair: all huge afros, beards, and mustaches since I could not draw a proper human face and had nobody to show me. It was almost as if, by drawing the music, I could somehow, through some quality of supernatural MAGIC, become a musician.

I might add a few words about that mall before I go, the mall at which I would purchase these cheap fusion records. When I wasn't in the record shoppe I would be in a bookstore usually the Book Shack or Doubleday. It was in Doubleday the bookstore that I befriended an African American man named Lenny and he would tell me all about his philosophy of "Hedonism" which, he explained, in the vernacular meant "if it feels good do it!" but in philosophic language had to do with pleasure and pain and a man named John Stuart Mill. I would call him Lenny, the Hedonist. And he would remind me to be careful what I called other people in public.

Odder still, he gave me a book and, like Carla, told me not to tell my parents about it. It was called "LOOKING OUT FOR NUMBER ONE" by a guy named Ringer. My first impulse was to read that book and argue with it in the margins. I brought every objection up to Lenny who then listened to me with seriousness. I grew to love Lenny who, over a few months seemed to indulge this little kid with all of these questions, the chief question being, the one that I still ask to this day as a forty-something:

Unfortunately I never got a solid answer to that one from Lenny: my friendship with Lenny did not last long because I heard he was fired for making advances on a girl who had come into he store and she complained. Interestingly I think I knew the girl who had come in and I liked her too, but I did not know much about the "adult" language of men and women, still less about the ethics involved, to speak with her. I was so upset and tried to make sense of the secret life this Lenny had and what that life had to do with the face he presented me. I had questions over whether what he had done was wrong but of course nobody wanted to explain anything to me and, like the schools I kept changing, Lenny seemed to exit from my life with as much casual chaos as he had entered it.

My other friend I made there - the man who replaced Lenny at DOUBLEDAY, eventually became a newspaper reporter and, in a bright exception, he did not leave my life and I have been friends with him ever since. In Jason's case I showed HIM a book I was reading and it was BEING THERE by Jerzy Kosinski.

As for Carla, she left as well. I had suspicions concerning her absence. I never even got her last name and the few times I asked nobody seemed to know and certainly did not want me to have that information.