A Very Brief (and Partial) Defense Of Shallowness 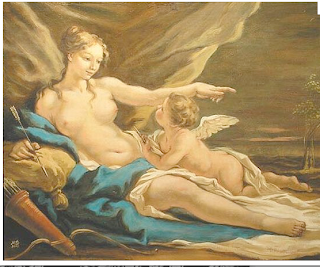 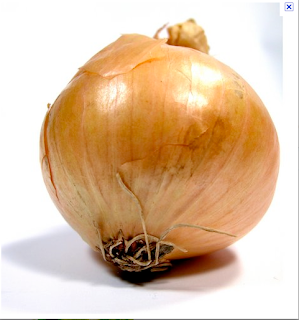 We live in a world of appearances. This is not only a matter of habit or choice in culture. Perceptual relations make up a great deal of human life, whatever the beliefs of the society concerning appearance. The Republic of Iran may have felt they were banning the hairstyle dubbed "the mullet" for complex spiritual and cultural reasons, but you can be sure there was something visually unappealing in the extreme about that particular hairstyle to warrant such litigation. However much we may speculate about the most interior, intimate contents about others' brain, however accurate our channelers and mystics may claim to be on the content of the brains, or rather, souls of the deceased, and however people may claim to be so clairvoyant as to know others in some privileged manner - in some exotic concoction of non- verbal and body language reading, or in energy and mind reading - we can never be totally sure about other's mental states.

However, we can be very sure about their state of hygiene, and we can never escape the raiment in which they have chosen to clad themselves: such raiment never stops talking to (or more likely yelling at) us, however verbally silent the wearer. Every mind numbing and repetitive article of cheap sportswear will dwarf the little bit of eyes and ears left of their human frames.
And, increasingly, if the scientists are to be believed, there is so much more of them for us to have to accomodate, both in terms of bodily weight and in terms of population density. The world can be a noisome, overwhelming place when we act as if we don't occupy a world of three dimensions, of volume and mass. Whatever we may think, we are are NOT disembodied brains floating in the ethers. The world is nothing like the Internet, however much we may think we can make the world over in that most recent of images.

And the buildings in which we inhabit seem permanently here. We cannot escape their shadows as we navigate from one interior to the next. The 21st century is littered with reminders of architectural decisions made remotely in the past: these are buildings by planners and architects with the most inhuman and obtuse of theories, and buildings from which we ought to, in many cases, recoil in embarassment and even depression. Our buildings, whether commercial or cannot so easily be escaped unless we opt out of modernity altogether and decide to live as anarcho-primitivists claim we should live.

I mention these remarks at a most crucial moment in human history. The world appears to be ending, at least as we know it, especially if Jim Kunstler's peak oil theory is accurate, and, also given the dire geographical trauma that will follow from warmer temparatures. Oh the earth will most likely go on, of course, but life on it will more likely resemble something out of Cormac McCarthy's THE ROAD than anything that humans have acclimated themselves to for at least over a century.

Since we are living in a kind of end of sorts it would be most prudent to ask ourselves why we have laid waste to the visible surface of our lives, our environment. (It is too intemperate and indelicate to ask why we increasingly dress as we do, or why we try and achieve a monotonous sameness in our gym manufactured bodies)

All of us are taught from the beginning that it is what is inside that counts. We are taught to be suspicious about our world of appearances. This has deep roots in monotheistic faiths and other general doctrines that have circulated for millennia. It is fairly clear that two things will follow from such advice. One consequence is that our surface lives can become increasingly unattractive and ugly since we have deemed such things as appearance as unimportant.

The second consequence is a kind of reverse of the first one. We will pursue our surfaces in a compulsive and manic way as if mania and excess were the revenge of Aphrodite herself upon us for taking too seriously all of this talk about our invisible interiors. We will become absorbed in plastic surgery and modes of existence in which the surface or our lives is an obsessive and above all CONFORMIST project. (In, for example, some narrow and Platonic ideal of thinness).

But one doesn't have to be a Freudian to see that we are insiting on the importance of something precisely because we never fully respected it to begin with. That is, we insist upon most dogmatically that which we don't truly or fully possess. We commit plastic surgery, we value others solely for their visual appearance, and we wear ugly clothes and live and work in ugly buildings because our heart was never in the surface to begin with. We remain unconsciously guilt ridden that we are not paying adequate attention to this all important interior we possess, as if some secret would be revealed there that would tell us finally who and what we are all.

If we were more, rather than less, shallow, by satisfying the claims made upon us of our external world, we would find we have a deepened life.
We often conceive of individual, human life as like an onion. In peel after peel, and layer after layer we feel we are that much more special, important, and intimate. This is a spatial metaphor.
Yet I would argue that we are more temporal, rather than spatial creatures. Our depths, if we want to call it that, can reveal themselves in the fullness of time.

What if the Jungians are correct and Aphrodite is a real entity and she is exacting revenge upon us for not taking her seriously enough, for ignoring Her needs, both in the form of sick and false forms of beauty and in plain ugliness?
Of course one doesn't have to be a Jungian, let alone a Pagan pantheist, to understand that beauty is its own value, with its own place in our lives.
As Oscar Wilde remarked:

"It is only superficial people who do not judge by appearances. The mystery of the world is in the visible, not the invisible".