My childhood in the 1970s Part Six: Music 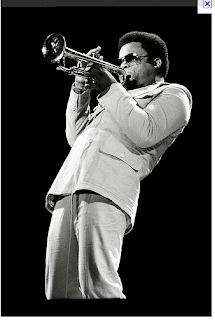 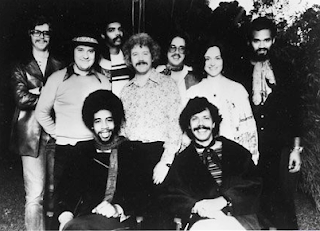 Apart from my adult friends, and the relatively few kids I knew like George, I would spent large blocks of time in complete isolation. If I wasn't doing work for the business or preparing a magic show I had lots of time spent away from other human beings. A lot of this time was spent listening to bands like Return To Forever, Herbie Hancock's Headhunters and the Crusaders. At the same time I was exploring Fusion I was also listening to what they called straight-ahead jazz music of which the most rigid purist would approve: Miles Davis in the sixties, Art Tatum's solo piano, Phil Woods in the 1970s, and earlier Freddie Hubbard in the Blue Note days. I also loved the oldest jazz styles of Bix Beiderbeck and Armstrong. I learned early on never to disregard a particular jazz style. To me it was all simply good music. I am sure this music literally saved me from some kind of insanity or nervous breakdown. Though I am not usually one to extol the social or psychological utility of art, great or otherwise, I know that one can never underestimate the healing power of art, especially for the young.

When people would come over they always wanted to know what music I was into. The only thing I listened to that was acceptable to others, because it was popular in terms of record sales, was Earth Wind and Fire. Even this, though, was suspect because it wasn't white and it wasn't rock. To these peers the whole musical world revolved around Aerosmith, Kiss and Zeppelin. Because FRAMPTON COMES ALIVE had recently been released, even my swim instructor took to calling me "Frampton", presumably because it rhymed with Hampton. While I don't think I looked or acted anything like Peter Frampton the same cannot be said for my swim instructor, especially with his long curly locks and his playing of "air guitar" while we swam. And as if that weren't enough, he took to blaring that ubiquitous recording while we were doing laps in the pool, much to the chagrin of the parents and neighbors.

But I had other musical interests and I wanted to impose them on anybody who came to the house. It took only a few cuts on any of these jazz or funk records to drive away my guests. They just didn't "get it". 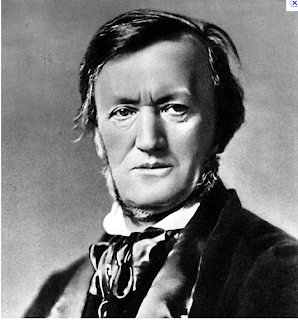 Socially this was a step forward from when I was a younger child. At age eight or nine, when anybody came around, I started to lecture to them about Wagner and would do a "show and tell" using LOHENGRIN or TANNHAUSER. Now, I knew NOTHING about the dramatic content of any of these operas by Wagner. But you can be sure that when the subject was Wagner's music I had become an expert after a fashion and wanted to shared my enthusiasm for this newly discovered beauty with the whole world. I was "the Little Professor" and I would point out, for example, the effect of the brass writing, and the "majesty" (my word choice) of the music. This did not go over very well, and even the parents of these children complained about my taste for Wagner and my overall manner. Wagner! Earth Wind and Fire might be more socially acceptable than Wagner because it was a best selling band, but among the racist whites I encountered this too was a problem. My relatives on my father's Southern side always would criticize me in this manner: "Mitchell why don't you got no white faces on your record covers?" was their refrain.

It was only many years later, when I actually began my initial piano lessons with a spinsterish fifty-something Italian woman, that I got an actual aesthetic and musical response to my "jazz preaching". Once I brought Francesca my new copy of Sarah Vaughn's HOW LONG HAS THIS BEEN GOING ON with Oscar Peterson and my piano teacher proceeded to go over to the piano and, after but a single initial hearing, copy Peterson's lines off of the record, (at least the ones she could execute technically). She called doing that having "perfect pitch" and, whatever that was, I knew then that I didn't have it, let alone relative pitch. It would take decades for me to develop my ears through arduous labyrinth and torturous travels on my part. (It didn't help that the music teachers around me, especially Francesca, were adamantly opposed to playing by ear. This struck me as the grossest hypocrisy because Francesca had this marvelous ability to play an Oscar Peterson line with little effort on the spot and I bet she enjoyed it too. However there was this dogma about sight reading and the sanctity of the written score, a kind of fetish in the classical music world in my particular environment.

Ms. Francesca frightened me because her nose was so imposing and she reminded me of Margaret Hamilton in the WIZARD OF OZ. She even had this long wart that would often distract me during lessons. Her face disturbed me and everything that everybody was telling me about how it was "what's inside that counts" seemed to me hallow and in its own way superficial.

Because of my lifelong perceptual nature and sensitivity to appearances in general I never got used to Ms Francesca, though to this day people tell me she was the best teacher in town. I did like her for teaching the fundamentals of piano and, moreover, I liked her for her sense of musical taste and versatility. She conducted school choirs and I would always complain to her that the scores and charts they performed weren't hip enough. I wanted her to do the Hi Lo's while she preferred.... Barry Manilow.

Francesca also taught me the value of consistency in practice. Though I had worked hard on my magic shows and on the children's theater, playing the piano was the first time I was doing something where reason and emotion seemed linked, where my efforts were linked to something I valued, from within, rather than to something merely imposed on me from without.


Francesca and I embarked on a real cultural exchange. I would bring her these "fusion" records, and she would lend me her complete collection of Italian opera records.

I LOVED these operas, especially the ones by Verdi. I can't say I understood the Librettos in them but I listened mainly for the music: the "emotion and meaning in music" as Leanord Meyer would aptly put it. It was the passion and movement in the music that I listened for rather than the specificity of the plot.

I have two particular memories of early concerts. The first concert was a Bach Brandenburg Concerto by Bach and I was taken by my first crush and blonde nanny "Debbys", always clad in her perfect mini skirt. The hippies with which she surrounded herself were a bit too loud for my taste during the Brandenburg Concerto and since it was Bach which I loved, and since I knew the proper etiquette of theater attendance, I turned and gave her boyfriends (yes, plural) an angry "SHHHHHH". The rest of the concert I was able to enjoy in peace.

The second concert was THE JACKSON 5 at Madison Square Garden in New York with my best friend George's family. This too I loved, and their fiery rhythm and approach to song was doubtless an initial influence on my later tastes in American popular music.

I remember that when I was very young I would listen to Bessie Smith and rock back and forth like an autistic child, probably for an hour. I would replay the cut over and over until the record was worn , my little hands learning how to manipulate the needle with dexterity. The sound and feeling of the blues was like mother's milk for me.

My parents told me that I loved Ravel's BOLERO so much that I could tell which record it was because I had "memorized" the visual patterns in the groove of the record. If they showed me the grooves of LET IT BE and the grooves of BOLERO I could always tell the Beatles from Ravel.

The greatest musical experience of my life in childhood would have to have been when I met my idol and hero trumpeter Freddie Hubbard who died last year. Not only did I get to hear a great band in the 1970s - the one with George Cables on electric piano - but Hubbard shook hands with me and talked about his boyhood in Indianapolis with my father who also had some family who were "Hoosiers".

Knowing that I was in awe of him, Freddie put me at ease and let me look at his trumpet while he demonstrated how he made the sound with his "embouchure". One moment during the concert that most memorable was when he took a solo on the Fender Rhodes electric piano. Cables stepped aside and Hubbard simply sat down and took the longest solo on the Rhodes. This must have been during one of those marvelous and long funk tunes that they would play at that time. (I think it might have been KEEP YOUR SOUL TOGETHER). While Hubbard's playing on piano wasn't of the perfection or proficiency of George Cables, it was astonishing to me that he would do that in the middle of the concert.

He had a beautiful speech he gave me that I will never forget. He began his speech by telling me to "Keep Growing", which is how he signed the CTI recording I brought to the concert. It now hangs framed on my wall. He also added this:

"I say this to all children who appreciate music like this: just because you are all grown and big like me, you know big in size, and an adult man, that doesn't mean you stop growing. All your life there is more to learn everyday. So in a sense I'm never done growing. I'm still learning how to always play better every night and if I feel like playing a little piano on a gig it is because I've learned a little piano too and want to express that. So keep growing because that is something that never ends".