My Childhood in the 1970s Part Seven: Psychology 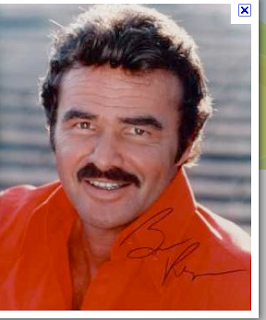 Some of my memories are quite jumbled. Indeed, some of them may not fall strictly under the province that we call the 1970s. But if we keep to historian Bruce Schulman's "long 70s", which extends until roughly 1984, we are well within appropriate boundaries. However, the concepts of both appropriateness and boundaries are thoroughly fashionable and contemporary and as such have no place in my thinking today. It is in that spirit that these blogs are written.

I went to a child psychologist for a few months. I do not remember exactly why I went, whether it was an incident on my part, a complaint from the parents of my classmates, or a note from a teacher or principal.

Reflection upon what might have motivated this rash decision makes me think of that Christian Junior High in which I did time for a year. The inciting event may very well have been my decision to beat up that boy who physically molested a girl. What disturbed people was my ruthless relish in beating the poor kid up. I really enjoyed taking out that boy: I felt as if I were stamping out evil personified. I had thought I was defending the girl's honor, (the boy, after all, had taken his hand and groped her crotch in a most untoward fashion), but in the end my "handling" of his misbehavior only made me lonely and alienated from the whole school. Other kids were sort of afraid of me, as if what I did to that boy was far worse than anything that girl might have felt in response to his predations. (It hadn't been the first time he bothered her).

The other controversy I started was when I protested the school's decision to segregate the sexes and have the boys play basketball and the girls rake leaves. Freshly inspired by my early love Carla's example, I openly proclaimed myself a "feminist" decried what I called the chauvinism of the school. Neither girls (who were just as happy to not have to play basketball) nor boys supported my "political activism".

The other memorable moment from that wretched school involved the teacher for Bible study. We had to have a whole class in which we read the entire Bible from what seemed to me to be a rather perverse perspective (talk about spoiling a good book!) The teacher in question was Mrs. Perkins and after class she requested to see me. I was at first a little nervous so you can imagine my astonishment when she revealed her real purpose in seeing me after class. It was so that she could tell me about this great television show and how important it was that I see it so that I could see "Christ at work in the most unlikely of places". Above all, she spoke to me of her "love" for southern "character" actor Joe Don Baker. 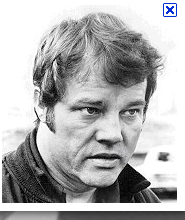 Mrs. Perkins told me in a breathless exclamation "I love that man!" "He's one of our best living actors!"

Joe Don Baker, our best living actor? Mrs. Perkins was a fan of this rather dumb and short lived cop show he was in. She could barely contain her excitement, an excitement she never seemed to bring to our study of the scriptures. Her favorite part of this series was when the Baker character, a chief of detectives in New York City (!) would say to his "boys" when they cracked the case at the end of the show: "You done good. You done REAL good boys." With her flapping jowls, her pinched mouth and this suffocating polyester "jolly green giant" plaid pantsuit, Mrs. Perkins would use this phrase in class with increasing frequency, especially when someone recited a Bible passage with a certain feeling. She certainly never told me that "I done good."

Somehow though, with all of the trouble I was immersed in, (though as you can see the adults and teachers sometimes liked me), I landed in a psychologist's office. But this wasn't just any psychologist: he was a PSYCHIATRIST, which was supposedly a more "advanced" profession, one more scientific and trustworthy. Above all, what excited me about this psychiatrist was that, according to my father, he was Burt Reynold's psychiatrist (while we are on the subject of Southern actors).

The prospect of seeing Burt Reynold's shrink excited me because, when I wasn't enjoying the French cinema of Diane Kurys ( her PEPPERMINT SODA, which was a delightful coming of age film about girls that taught me much more vividly about menstruation than even Carla's pamphlets and talks) and Francois Truffaut (The "Doinel" films with Leaud) or the Italian cinema of late Fellini (especially ROMA and THE CLOWNS), I was enjoying those commercial yet odd American "Southern" comedies with Burt Reynolds like GATOR, WHITE LIGHTNING, and HOOPER. My interest in Burt Reynolds was part of my enjoyment of such "low" cinematic fare, especially comedies, more generally.

Sometimes the theater was as much of an attraction as the movie. I saw many of the Burt Reynolds movies in a dollar movie theater, a theater whose atmosphere was as close to an adult theater as a theater could get while still showing mostly GP (as it was labelled then) fare. On one occasion I witnessed a physical riot in the theater when TIDAL WAVE was shown with Lorne Greene. The film was so ineptly made, an incoherent pastiche of Japanese monster movie stock footage, nature documentary footage of storms, with intercutting of Lorne Greene looking angry and official. Eventually the "redneck" audience began throwing beer cans at the screen and demanding their money back, and yelling at the top of their lungs "R.O. Rip Off!" Worse yet, my father had joined in with the chanting as well. However, eventually my father had the good sense to pick me up and take me out of there unscathed.

But I always did enjoy the Burt Reynolds movies even though my parents disapproved of his movies. I liked the way he handled himself in situations and his general sense of humor about life. I think they disapproved of his movies mainly because they were so macho and Southern or "unintelligent", to use my mother's word. I did not feel then and I do not feel now that there is a realm of human life unsuitable to artistic form. The only question remaining was one of interest or quality which comes down in the end to STYLE. You might say that Reynolds himself had a certain style. I was always in the unenviable position of liking movies that were either too highbrow or too lowbrow. Movies that seemed to my parents a bit too extreme for comfort in some way. I might like movies with car chases and stupid jokes and movies in which people spoke in quite intricate and subtle conversations for half an hour at a time. The question ultimately is: is there something identifiable of life in it? An even better question is: do you learn something from it. Sometimes, as in the case of Burt Reynolds, pleasure in itself can be a form of knowledge.

Thus I was hopeful I might get to see Burt Reynolds in person. Would he be in the waiting room around the time I was?

It was not to be. I never got to meet Burt Reynolds. My father gave me explicit instructions not to mention Burt Reynolds because of something called "patient confidentiality". You can imagine how hard it was not to bring up Burt's name during the few sessions we had, not to ask Dr. Anderson details of Reynold's life and loves.

There was no Burt Reynolds but there was Bob Anderson my psychiatrist. The first thing I noticed about Anderson is that, like many larger than usual men, Anderson had the unfortunate habit of wearing his trousers too tight and too low, so that his gut only appeared larger than necessary and hung above his belt like a second belt. Being perceptually driven, it was hard to ignore that for some time.

When we started our sessions I also noticed that he had a free wheeling and associative style. The subject of sex and love came up and he told me that he was sure that "Jesus had sexual fantasies and masturbated".

This statement seemed unrelated to anything in the session that had previously come up. I was quite skeptical. How did Dr. Anderson know, since he wasn't there? It just couldn't be, I reasoned, that men's desires were the same in all times and places. Surely there were men who had no sexual interest whatsoever. My own parents seemed like that: they certainly appeared to have no sexual desire at all within themselves. Maybe Jesus was like my own parents. And if Jesus did have sexual fantasies what did that mean? Would Jesus have liked Catherine Deneuve, Fanny Ardant, Farrah Fawcett Majors, and Jacklyn Smith the way that I did? (I had not yet discovered Jackie Bissett).

This was a far cry from the asexual image of Jesus that had been painted for me at the Christian Junior High. I cringed at the thought of how serious Christians may have felt in response to such an assertion, were they unlucky enough to find themselves among Anderson's patients and on his couch. I didn't really care for the sterile debates over whether Jesus was God or man or both. But I knew millions did care and that the world was not the easygoing liberal place Anderson and I wanted it to be.

I remember asking him why he bothered to marry his wife since at that time marriage seemed such an enigma to me. His answer was as puzzling as his biographical assertions about Jesus. "Well I fell in love with a few different women and decided to pick one and marry her". Of course we never got into what motivated his choice since, of course, the sessions were all about me. How many? Did he fall in love with them all at the same time, as I seemed to do with Lydia and Sally, or one after the other? And what did this falling in love mean anyhow?

I liked Dr. Anderson. I appreciated his free unorthodoxy and frankness, but I saw him more as a friend than someone who could really help me. The main reason we ended is that he didn't feel I needed his services. He arranged a session with my parents present and told them that "there was nothing wrong with me. I was an okay and bright boy."