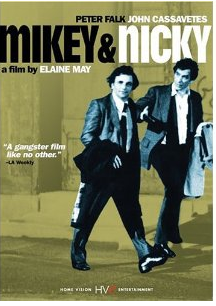 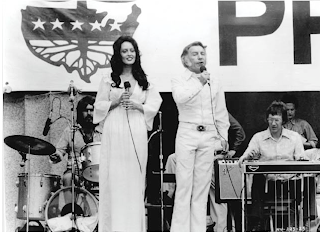 I have a belief that reviewing and, moreover, criticism ought to be in part a dispassionate affair: that there ought to be in it more objectivity of appraisal and comprehension than the subjectivity of enthusiasm and censure. There are times of course when a special case and exception can be made, where subjectivity must, by definition, lead and flourish. Given that the subjects of Berliner's Hollywood Incoherent are cinema and the 1970s, two topics dear to this author's heart, and, given that the approach and style of the book is an aesthetic one rather than a theory addled or ideological one, upon completing this book it appears at times as if the book had been written with this reviewer alone in Berliner's mind.
Hollywood Incoherent is a much welcome and needed addition to the growing body of both 1970s and cinema scholarship. One of the virtues of it is that it puts style at the center, rather than political ideologies, identities and historical and cultural significance. In many ways Berliner (and to be fair, others must be mentioned in this regard, namely, Susan Sontag, Ray Carney, David Bordwell and a few others) is attempting to return criticism to a position somewhat close to the aesthetic and artistic concerns that had been dominant in the decades prior to the Theory revolution of the 1970s and 1980s. Yet Berliner is unafraid of theory and uses it when necessary. Indeed his book takes the time to define David Bordwell's concept of "parametric narration", rather than assuming knowledge on the part of the reader, and also makes a good case for why such a concept is perfectly valid in understanding general trends in 1970s studio and independent filmmaking. Still, in the end, Berliner follows in the matter and manner of "close reading", which concerns how objects in the movies create the effect they do, and what the implications are of such effects on the emotions of audiences.
Two concepts that Berliner introduces that are helpful are those of "incoherence" and "perversity". These words are redefined not as negative states of personal or collective organization or psychology, but rather, positive states of works of art. Perversity is taken from critic Stephen Booth to mean in Booth's words, (in Booth's Precious Nonsense), "a usually gratuitous and potentially distracting and counterproductive extra system of coherence that rivals the narrative, polemic, or other ideationally essential organization of the work". One of the themes that crops up in practically every film made in the 1970s is this evenhanded and observational quality that is the effect of a certain disunity regarding closure concerning the morality or psychology of the characters on the screen and the causality and temporality of visual events as they unfold. In Berliner's words:

"Although all narrative films employ a degree of perversity (without turns there is no narrative), the relatively prevalent, pointed, and superfluous narrative perversities in seventies cinema do more than delay satisfaction and narrative resolution: The preclude the definitive and satisfying resolutions characteristic of more normative Hollywood movies."

Even in the case of ostensibly lower brow fare like The Exorcist, there is the same effect at work as in other higher quality films of the same period and this effect has cognitive value for spectators: "I propose that spectators leave The Exorcist having had an experience more cognitively eventful than the film's shocks, thrills, and thematic substance can account for".
Whatever one may think of The Exorcist as a film, Berliner's account of its specifically 1970s characteristics is consistently interesting.
Following in the steps of David Bordwell and Kristen Thompson, and, to go back even further, Susan Sontag in Against Interpretation, Berliner raises the question of style as opposed to meaning as a critical category. In a chapter of a close reading of Taxi Driver, for example, Berliner shows how stylistic effects can be as valuable as and different from meaning, as a way of comprehending a work of art. Moreover Berliner defends his case very well, especially given the weight of certain traditions in thinking "meaning" the key to art's purpose. In Berliner's book, each film is analyzed with exacting scrutiny, neither abandoning the text for dubious historical or sociological claims, nor viewing the films in isolation from the cultural context in which they were made.
Many of the big commercial films are discussed in this volume, specifically those prior to the Star Wars phenomenon that arguably ushers in the 1980s. There is a subtle reading of The French Connection as a violation of police genre norms.
One of the most valuable parts of the book is the chapter on John Cassavetes. Ray Carney has been and is the undisputed scholarly expert on Cassavetes' oeuvre. Berliner adds his voice to the discussion with a perceptive essay on real life dialogue and scripted and aesthetic dialogue and how the differences between the two are negotiated by a modernist master like John Cassavetes. The one chapter alone is worth the cost of the book. Noting the dilemma that any artist faces in confronting on the one hand the false and artificial effects of "trying" to be "realistic" and, on the other, the prison of traditional and classical conventions in representation, Cassavetes hit upon a brilliant third solution.

"Cassavetes' dialogue, more than conventional, tightly scripted dialogue, prevents spectators from easily distinguishing his actors' improvisations from the improvisations of Cassavete's characters, who, like the actors playing them, appear to be composing their lines as they are speaking".

Though Berliner is aware of dimension of authorship and refers to the hand of directors and writers (and no hand is more authorial than Cassavetes), he is always keen to note that 1970s cinema is a continuum, that the films in the period all share similar features, some more than others, and that they have a certain family resemblance, that, though they do influence current cinema - (Berliner notes Eastwood's Unforgiven and P. T. Anderson's Magnolia as being particularly seventies in feeling) - they are unique in being rather unlike anything to have come before or since the 1970s.
If there is anything to the concept of a 1970s aesthetic in film and if it can be understood to have coherence, then Todd Berliner's Hollywood Incoherent is a useful introduction to such a concept.
There is much here for fans of both 1970s scholarship and cinema studies in general. In my view, Berliner's book deserves a rightful place alongside previous classics of 1970s scholarship like Bruce Schulman' The Seventies and Thomas Hine's The Great Funk. As a work of film criticism it is a welcome corrective to the excesses of theory found in other film studies. More constructively, it is a good application of the "cognitive neo-formalism" of David Bordwell and Kristin Thompson. It succeeds in applying the ideas humanely, staying lose to the films in discussion, and being faithful to art as having a value more than that of mere utility.
Hollywood Incoherent, Todd Berliner, University Of Texas Press, 2010
Posted by dandiacal at 5:50 PM