Year's End: A New Year Plea For the "Foxy" 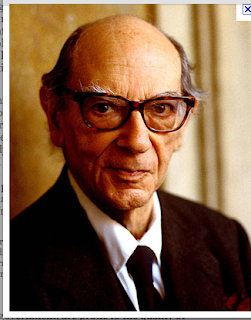 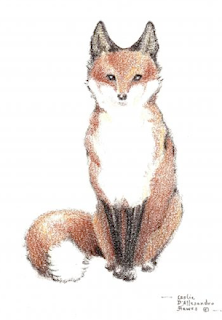 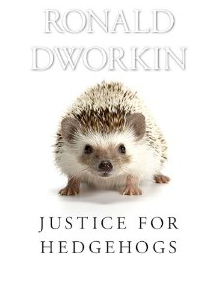 In keeping with my general antipathy to year end resolutions and summaries in particular, and closure in general, this post shall be a late one in the new year. But its lateness is not only for reasons of precision and exactitude on my part: it is above all for reasons of alienation from the whole cultural business of such ways of viewing time and destiny. In short, there is nothing worse than a wrap-up. Everything about it is explicitly and implicitly infected, riddled with all sorts of fallacies.
One of these fallacies is a linear temporality that makes us servants to the future and enemies of the present. Another fallacy is a progressivism or historicism that thinks that there is a quantifiable measure of our many losses and improvements into a final verdict of decline, or as we are wont to prefer, ascent.
I remember one particularly obnoxious wrap-up that circulated through the mail from one of my many married acquaintances. The whole things was so glowing with prideful self assertion; it all but nakedly stated how great everyone involved had been over the previous year and how surely they were to be better in the forthcoming year. It read as an advertisement for a chain restaurant rather than a report on a family, though I would argue there is little difference between the two in our current historical moment.
Related to the wrap-up and though less egregious, yet still problematic, is the resolution.
People make resolutions not only because of the perennial cult of self improvement but because of a peculiarly linear temporality. This temporality admits of a straight line of onward and upward Progress, with History falling in line, in increasing maturity, wisdom, even enlightenment.
To clarify where I deeply stand on such matters I must interrupt with what may apparently be a digression but, as we shall see, connects to where I have been heading all along.
One of the most brilliant, most distinguished minds in legal (or indeed any other kind) philosophy, Ronald Dworkin, has just published a book called Justice For Hedgehogs. Now, given the fame of the author, there will doubtless be hundreds of responses to the book. The book itself is magisterial and as such I am only halfway through it, and there is much good in it and much with which I agree. Yet his central claim, and the book's title are most contrary to my disposition, as readers of my blog will undoubtedly see.
You see, dear reader, though Dworkin is a most brilliant mind and his book covers so much -from the question of free will through the role of the state and even aesthetics - he is on the opposite side to me since I am most deeply influenced by the late great Sir Isaiah Berlin.
This explains Dworkin's title. Isaiah Berlin wrote the essay "The Hedgehog and The Fox: An Essay On Tolstoy's Conception of History".

The Greek poet Archilocus said: "The fox knows many little things but the hedgehog knows one big thing".

While Berlin admits Tolstoy was a combination of the two as a thinker, Berlin himself was an advocate for the "foxy" position as he was a passionate defender of pluralism.
The title is incorrect in more than one way since hedgehogs don't need justice; we foxes, however do. Most of the world, like Dworkin, believes the world is one and that there is a right or wrong answer to most questions. They believer such unity is backed up by some sort of grand metaphysics. Ronald Dworkin is more modest and sophisticated than that: but like grand theorists before him, he aims to create a unifying and unified theory where all things go together.
The last highest and most noble attempt to present such a grant theory was John Rawls in A Theory Of Justice. Yet what made Rawls' theory notable was that it made space for subjective difference and diversity. It recognized irresolvable problems; that is why Rawls felt a need for a neutral space from which to govern.
Dworkin, on the other hand, wants more than neutrality; he seems to want to pronounce what the good and the true are at every turn; where any controversy or disagreement is but a cover for genuine error or misunderstanding of the facts, rather than irreducible, insoluble difference. If freedoms are sacrificed for social justice then there was not really freedom to be sacrificed to begin with, but, rather, a too narrow definition of freedom as license. (Which is how I do define freedom). Yet some freedom we must sacrifice if we are to prevent certain suffering. (The suffering caused by other's freedoms).
Dworkin would retort that we have been under assault from moral relativism, and thus, a variant of objective all inclusive theory like his is sorely needed to set the record straight and keep us safe from fashionable relativists.
But the world is as hostage to monism like Dworkin's as it is to relativism; indeed I consider relativism as serious a sin as Dworkin's monism. It has nothing in common with my or Isaiah Berlin's "Objective Pluralism."
Josh Cherniss states three propositions in his Stanford Encyclopedia entry on Isaiah Berlin:
Like Berlin, I deny all three of these propositions which is why I am a thoroughgoing pluralist.
A relativist, on the other hand, believes such problems are clashes of merely subjective points of view. At worst, the relativist denies the existence of true or false statements altogether, denies the existence of good and evil, however construed.
I believe such problems as the inability to answer the three propositions in the affirmative to be caused not by relativity but rather, ironically, by objectivity! It is precisely because we can see - most painfully - the truth of the various sides, and yet see the impossibility of fulfilling all sides simultaneously; it is because we can see the inevitable necessity of tragic choices that we pluralists are anything but relativists.
And, above all, because the world is not one in any systematic way, it is perfectly possible for there to be some answers that are clearly right or wrong, as in the science of gravity, Hitler's evil, Bach's grandeur, and so on, and simultaneously other answers that are undecidable, like trying to weigh the relative merits Japanese filmmaker Ozu in comparison with French filmmaker Robert Bresson.
Yet Ronald Dworkin wants to apply his monistic inclinations to a comprehensive legal theory. It is a curious thing to be reading a book in which I agree with so many of his conclusions (about issues of the day in the courts) yet disagree most vociferously with how he arises at our shared conclusions.
But I have said too much about this issue. Please enter this new year in the spirit of the fox. Be flexible. Don't be afraid of being called a dilettante if you happen to have more than one single minded interest. Take each day and each case, one at a time. Think for yourself. Not all situations are identical. No two people are alike. Respect the profound differences around you. Not merely differences backed by group identity and and pride of membership; those as of late have been more acceptable to tolerate. But pricklier and trickier differences: ones that reside in the innermost recesses of an individual human heart.
And that is all I can stand to say in anything like the spirit of a new year.
Posted by dandiacal at 6:54 PM