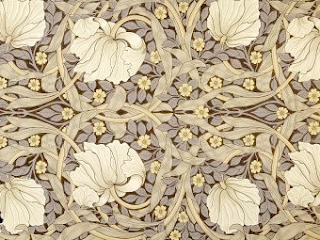 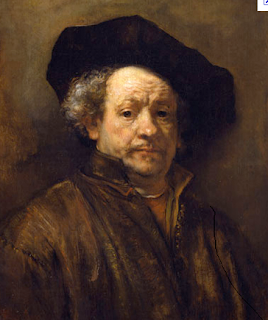 I remember an interview with my favorite living jazz pianist and composer Herbie Hancock wherein he discussed the need for different levels of value in music, how all of his work couldn't be of the level of his VSOP quintet. In part this was a justification for taking on pop projects, for indulging in his love of R n' B and funk - (and he appears to be carrying the popular as far as is possible, what with doing projects with the likes of John Mayer and Christine Aguilera) - especially when faced with a hostile jazz "purist" as the interviewer. The interview took place in the mid 1980s and, curiously, Hancock used the example of Macdonalds french fries and how there was a place for that kind of food. From the point of view of today's food culture and gurus like Michael Pollard, it would be unthinkable that anyone would issue a defense of french fries, especially with the mounting and objective scientific evidence that they are simply toxic, foodist "new Gastronomy" or not. Of course Hancock can be forgiven this mistake because, despite, or rather, because of, the fact that fast food was not as scrutinized then as it is now. Leaving aside the particularity of food production, Herbie Hancock's metaphor still stands. Not all meals can be nor should be four star restaurant quality.

Similarly, I can't imagine, even in my most elitist moments, a steady diet of only Tarkovsky movies, Milton's poetry, Matthew Barney's installations, and Susan Lori Parks' theater. There IS something almost priggish or narrow in such exclusivity. Still, I am afraid for a culture that does not reserve the right to make evaluations of itself. In the "flattened" culture that our post-Internet age is we may mistakenly believe that we and our lives are in some sense "flat" too, and may lose the desire to aspire for higher things, or worse, even recognize such things as "higher" when we see them. As Richard Etlin puts it perfectly in his marvelous A DEFENSE OF HUMANISM:

"In the end, the belief in value resides in a conviction that is known deep within the soul in a spiritual locus that nurtures ethics as well as aesthetics. Not all people - either as individuals or social groups - will bide by the Biblical commandment not to kill. Yet this violation does not nullify its ultimate importance, nor does it reduce this dictum merely to a a culturally determines attitude. The impulse to honor and preserve life comes deep within us. The aesthetic value that art offers issues from the same source".

Etlin makes these remarks in the context of differentiating between the "sociology of art" - that of contextual and cultural biases in evaluation - and the aesthetic of art.

Etlin uses the simple but powerful comparison of decorative art with Rembrandt:

"Decorative motifs, for example, whether on wallpaper or along the string-course of a building, through the rhythmic repetition of their patterns, the grace of their forms, and the liveliness or harmony of their colors, will generally offer simpler pleasures".
Etlin then compares this to the "deep humanity conveyed by the Rembrandt self portrait."

In terms of an aesthetic scale the Rembrandt is surely higher, in its complexity and richness and its layers. Yet this does not mean that the decoration and the self portrait can't be compared because their function is different: they are both works of art and works of culture. It is simply that one is vastly more complex than the other. As Etlin explains in a footnote, "ornamentation can rise to a higher position on the aesthetic scale" and cites scholar Christopher Dresser as an example: in THE ART OF DECORATIVE DESIGN (London: Day And Son, 1862; American Life Foundation, 1977 reprint). Etlin also mentions Louis H. Sullivan as his personal choice of an architect who rose to the highest level.

In truth we need both simple and complex pleasures.

Of course all of this talk of high and low is bound to make us uneasy, particularly when craft and decoration have been denigrated historically. Another objection will be that, because decorative design and portrait painting are different in their uses, it is invidious to even compare them. This dilemma is especially problematic for me, as I have a deep love of artwork that is connected to traditions of craft, for example, Judy Chicago, among many others, and would be among the very first to defend such work's inclusion in any canon should it be attacked for being in any way "lower".

My response, though, to anxieties about inequality, would be that such comparisons are helpful and necessary if only to gain a sense of the world around us and to ground that sense in something other than personal whim or the vagaries of history and place. In a sense I concede the critic's point that it is most useful to compare one decorator or designer to another rather than an important portrait painter, but for taxonomic reasons alone, merely to point the difference in function is to point to matters richer and deeper than mere UTILITY. It is to make the same comment Herbie Hancock wisely does (and as one of the great improvisers in the world who performs both art and popular music, Hancock would surely know), when Hancock speaks of the need for different kinds of food (though we may forgive him his choice of McDonalds in light of the more contemporary revelations about the more unhealthy content of that particular "fast food").

In a sense, when it comes to artistic or any other kind of evaluation we are engaging in the most delicate enterprise, which may in fact connect it to ETHICAL matters:

We want to incorporate context, bias, and point of view. We want to be sensitive to how we are influenced by changes in history. Yet, at the same time, we want to not lose sight of a certain objectivity in the "aesthetic scale", in Etlin's formulation. And, thirdly, we want to be open to new ways of seeing, as artists are, in my view usually the ones who lead the way. The very best of them are prophets and they are ahead of us.

Of course one of the most important aspects of ANY art is that it is in part a process, and on that note, we may well want to listen to a selection of Hancock and finish this discussion.